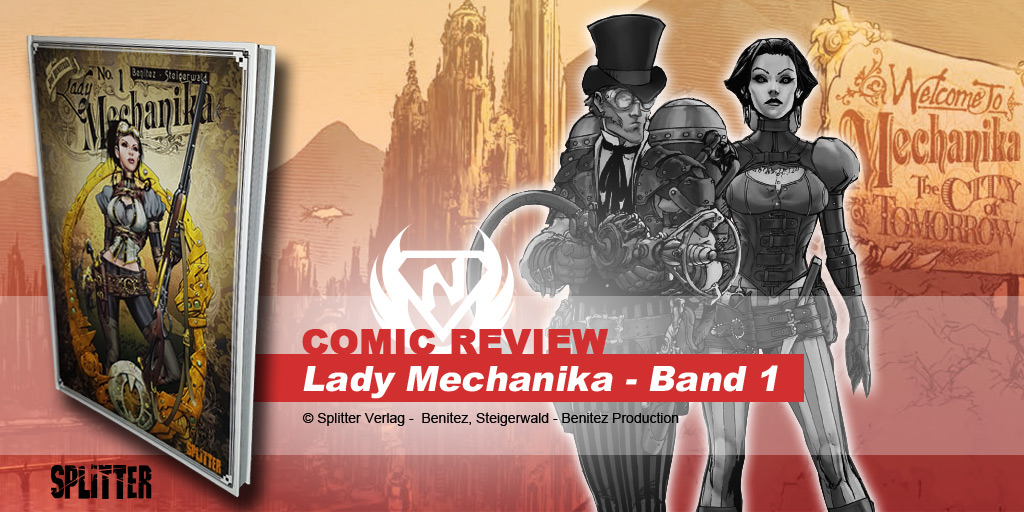 "In a world of magic and science, a woman searches for her past ..." These are the first words of the flap text of gritty steampunk comic Lady Mechanika. I think this sentence sums up the plot pretty perfectly and makes you curious.

Joe Benitez takes us into a world where it is possible to "upgrade" people with mechanical limbs in the first plant developed with his own production company. It is a classically set for steampunk: The fictional age of the Victorian industrial boom - England of the 19th century. The main venue is the city of "Mechanika", which was also the inspiration for the name of our heroine, as she unfortunately does not know her true name. 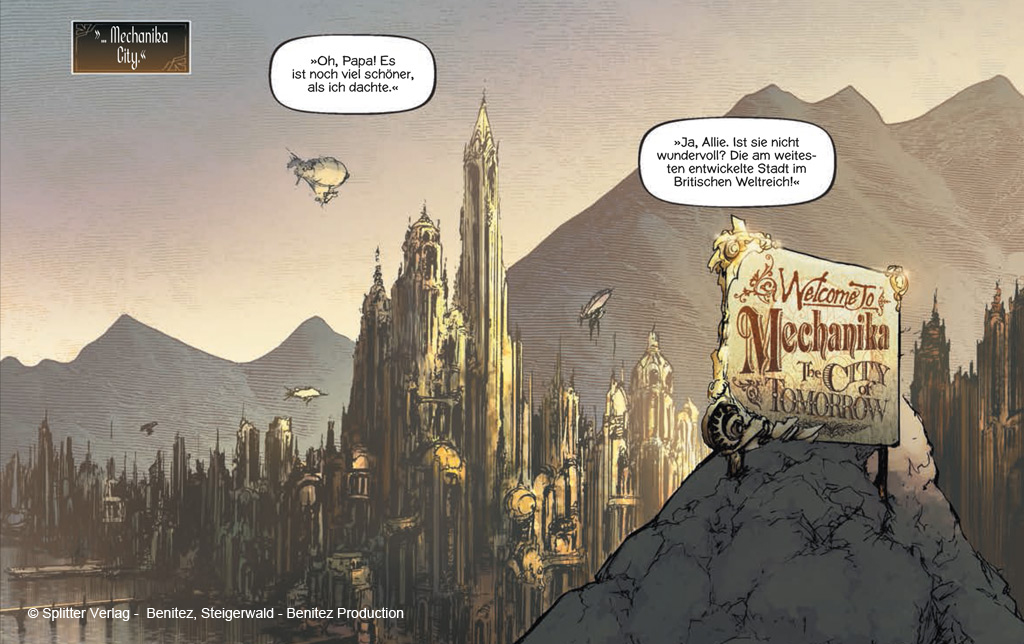 Lady Mechanika is a beautiful, confident and strong woman whose strength is supported by her mechanical arms. She seems to earn her living as a kind of detective. Unfortunately, she has no recollection of who she was before she received the mechanical arms, nor of the intervention itself and its originators. She knows nothing about herself except that she seems to be something special. Because so far there has been no being or even a human being who has embraced the symbiosis of organic tissue to mechanical components as perfectly as they have. Their components appear to be of unprecedented quality. Unlike other human-mechanics hybrids, she can live a reasonably normal life, only that her mechanical arms give her superhuman powers. This may seem like a huge stroke of luck at first, but for them the price is simply far too high: Their past. That's why she's made it her life's mission to put together anything that could help her close that gap or better gaping wound to finally feel complete again.

When a mechanical corpse is found in the city one day, Lady Mechanika sees her chance to finally find answers. It investigates the case and not only encounters known enemies such as The arms dealer Blackpool, but actually on a trail that could lead them to their own origin. In her quest, even if she seems more like a loner, she is thankfully joined by her likeable side-kick Lewis. With his self-developed equipment, humour and unconditional loyalty, he is the perfect companion in their quest for the truth.

The narrative style follows a clear structure. Thus, changes of location and time jumps are displayed through dark brown, almost gold-looking text blocks, internal monologues and background information in sepia-or parchment-colored blocks. The course of action from panel to panel can therefore be easily followed. It happens to me in some works that sometimes I don't know in which panel the story should go further and can then only recreate an order through the context. But this has been very successful here and also easily confused readers, like me, it should be easy to follow the course of action. In this comic, the reader receives a relatively large number of text content, which I found to be very interesting and not disturbing at all – quite the contrary, since I liked the writing style very much and the way of telling fits the style of the comic. The quality of the dialogues is also very good. Pretty much everything is represented here: From snappy comments from the protagonist, to small gags that sometimes also become runninggags, but also emotional moments to heated arguments. 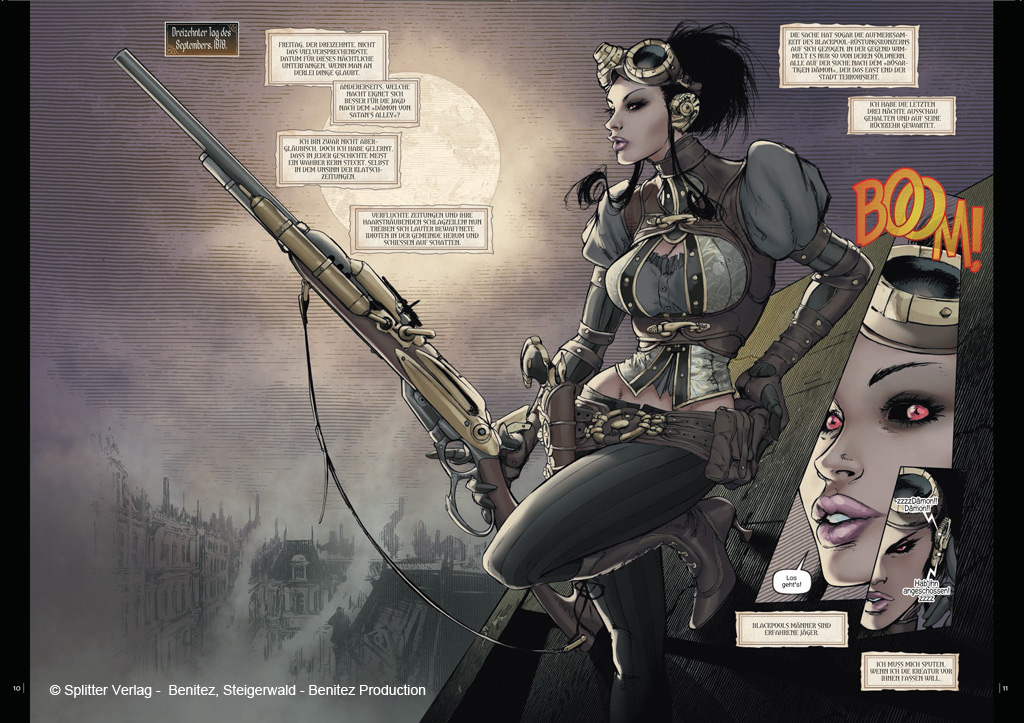 The drawing style conveys the story very well. The details shown are enough to linger longer with an image and admire the art of drawing, but do not distract from the subject. The costumes of the characters are not too fancy but very detailed and lovingly designed and fit very well with the genre. A small point of criticism would be to be seen in the slightly too stressed female attributes. But this is meckers at a high level and probably that strikes only female readers with a negative eye. The chapter transitions are always initiated with a large-format portrait of the protagonist in different poses and costumes. The portraits are partly enclosed in richly decorated frames that fit very much with the style of the steampunk. In addition, the pages before and after the chapter transition are usually empty and decorated only with ornaments. This supports the very noble and stylish impression of the entire comic.

I really liked the story and I'm also mightily fixed and definitely want to know what happens next. A lot has not yet been experienced in the first volume, but since at least 4 more are still ahead of me, this is more positive than negative. The personal touch with the search for one's own past and the case itself, which it investigates, and the detective story around it is very well staged, thrillingly constructed and captivatingly told. You get a lot of action but also enough story and the comic also allows you time for quieter moments, which deal, for example, with the characters themselves and bring us closer to their backgrounds. All in all, the story shines through balance-everything in it, everything. What it may miss here and there are innovative ideas, but perhaps that is yet to come out in the follow-up. This is only the prelude and should probably lay the foundation stone first. It is not surprising that first of all it is worked with well-known elements in order to pick up the reader. 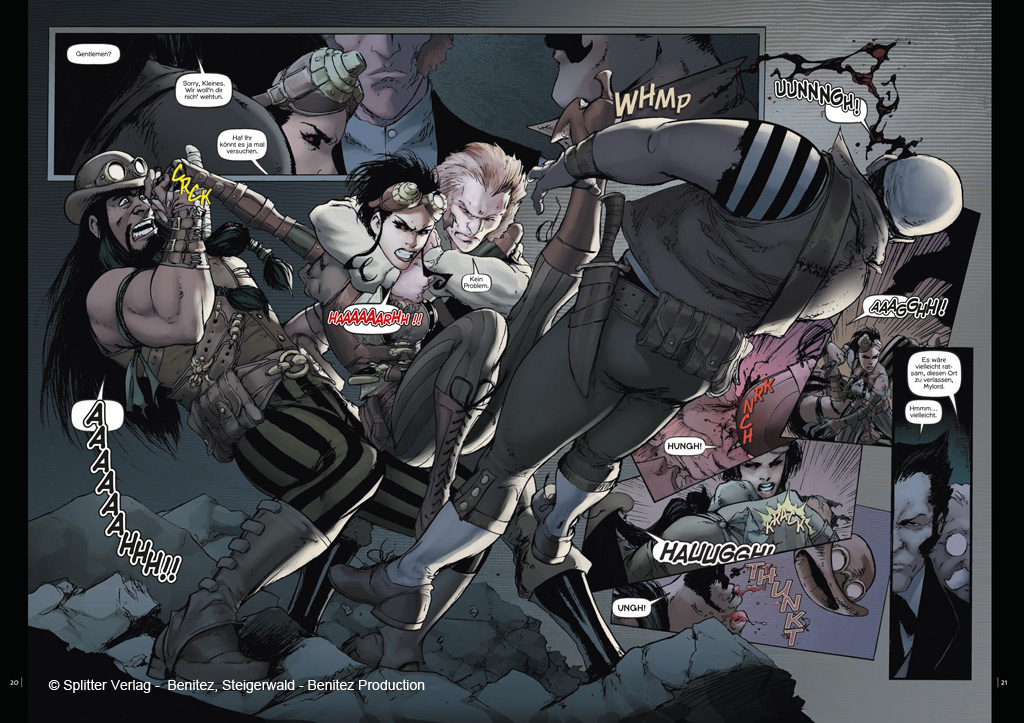 The protagonist can seem rather unsympathetic to some, due to her unapproachable and dismissive manner towards her fellow human beings. I was less bothered by that. Sidekick Lewis can make up for this perfectly and makes for a chuckle every now and then. Also minor characters, such as a doctor and his daughter or a circus society, provide variety and loosen up the plot. The antagonists are sufficiently mysterious and threatening with arms dealer Blackpool, his commander and his army. The motivations why Blackpool do what it does, why it is so obsessed with mechanical creatures, are not yet clearly clarified in this volume, which I think is very good. Thus, one has the hope to learn more in the subsequent reports about what gives the whole thing depth and a little unpredictability.

When I read "steampunk," I expect special aircraft such as Zeppeline or airships with bat wings and fancy mechanical devices often decorated with analog watches. In addition, a lot of gold and rather brown tones in the look. In fact, this is all the most and far present here. The expectations built up by the blurb text are also not disappointed. You actually get a wonderful steampunk detective story here with plenty of action and excitement. Here and there I might have expected a little more steampunk stylistic elements, but again, that's metering at a high level.

Those who star on steampunk and strong women and appreciate an exciting, stirring story will be well served with Lady Mechanika. I really liked the comic and I will definitely buy the following volumes, because I am now fixed and I really want to know what is behind Lady Mechanika, her creation and her nemesis Blackpool.

The comic can be purchased directly on the page of the Splitter Publishing. A 10-page reading sample is also available there. 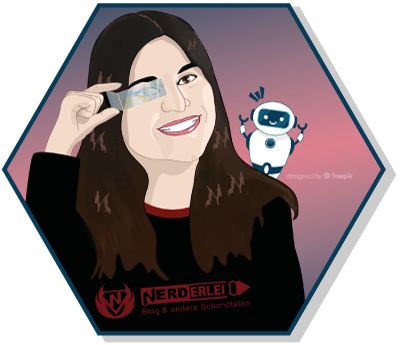